Is Exercise Making You Fat? 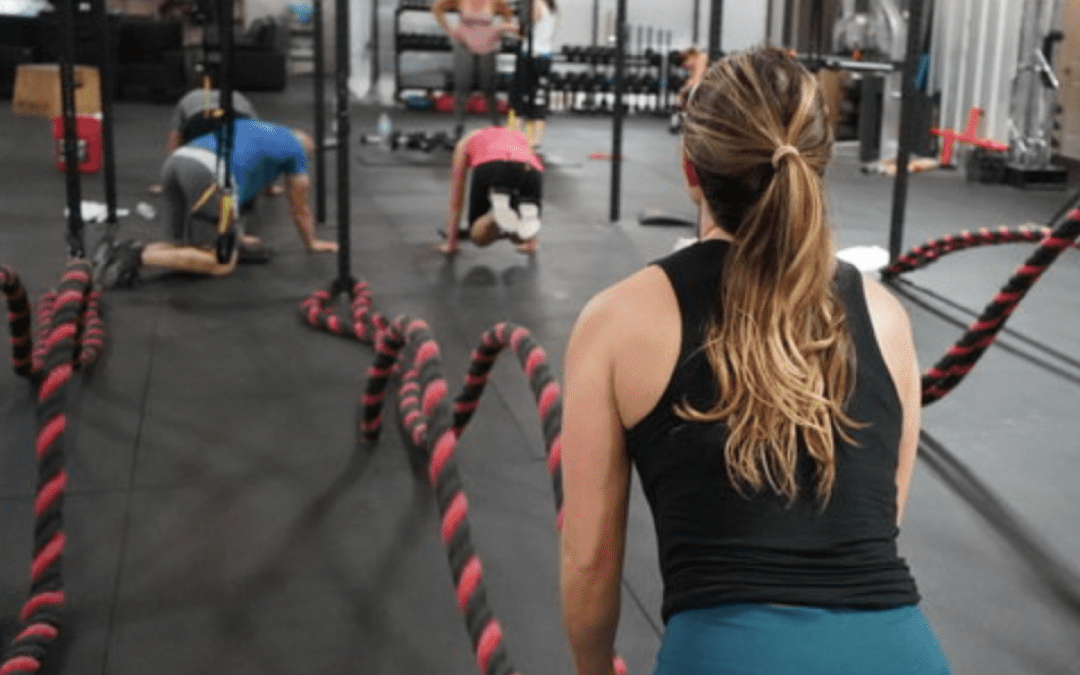 Generally speaking any form of exercise that causes you to elevate your heart rate quickly and remain in that state for an extended period of time is considered “high-intensity.” This type of exercise is also a form of physical stress that signals the endocrine system (adrenal glands) to produce the stress hormone: cortisol. (1) The adrenal glands produce cortisol when your body under goes any type of physical, chemical or emotional stress.

The problem is that you may already have an adrenal issue (burn-out, fatigue, etc., more on this later) that you don’t know about and when you continue to tax the endocrine system in this manner, your body actually is prompted to store fat—not burn it. Why? The excess cortisol has to go somewhere, and it loves to attach itself to a fat cell and deposit itself at the mid-section.

The Truth About Women and Abdominal Fat

Visceral fat commonly referred to as “belly or abdominal fat” is strongly correlated to high cortisol levels due to gluconeogenesis. Gluconeogenesis occurs when your body breaks its protein reserves into glucose to be used as fuel or for storage, virtually mobilizing fat from its storage elsewhere in the body and moving it to the abdomen (2).

I have to admit – I used to “spin myself silly.” About twenty years ago I was a NYC commuter who rose at 4am to make a 5am spin class three days a week before hustling to make my 6:26am train NJ-NYC commuter train. On the days I didn’t take a spin class you could find me lifting weights.

I did this for over a decade. It wasn’t until I reached my late twenties that I noticed my mid-section holding weight. But how could this be? I was exercising consistently (albeit aggressively) and eating what I thought was a healthy diet.

By this time I had decided to leave my corporate job and pursue my doctorate in Atlanta, GA, which meant forgoing my daily 5am workouts. My belly fat was melting away. What!? I was only managing to go hiking with my dog 1-2 days/week due to the intense workload of my schooling. I hadn’t picked up a barbell or exerted myself for forty-five minutes straight in over a year and I was the most slim I’d been in my adult life. By working out less? It’s TRUE.

Fast forward to clinical practice and the beginning of my interest in functional medicine. Over the course of five years I began studying the human body on such an intricate level and applying my newfound knowledge to my patients and addressing their symptoms. What I discovered was miraculous.

The women I was working with in my practice were presenting to me with the same complaints: fatigue (due to inconsistent sleep) and mid-section belly fat even though they were exercising for at least an hour, five-six days a week. Adrenal Fatigue, or “burn-out” is often misdiagnosed as a thyroid issue as your average blood panel will show less than optimal thyroid lab values. But the thyroid is only a small part of the puzzle.

When the adrenals are constantly producing cortisol, they are also taxing the thyroid gland (another important gland in the endocrine system) due to a relationship called the HPAT axis (Hypothalmic-Pituitary-Adrenal-Thyroid-Axis).

Much like a stressful job, high-intensity workouts can cause an increase in cortisol which can thereby cause your thyroid to under-perform as well. The bottom line is when your cortisol is high, it not only causes weight gain, but can also leave you with fatigue, insomnia, anxiety, depression and so many more symptoms because of the nature of the HPAT axis. (3)

Exercise Your Hormones Will Love

Burst training (commonly known as HIIT) is not the same as high-intensity exercise, in fact, it so much more effective because of the rest periods. In other words, during a 15-minute HIIT session you may raise your heart rate for 30 seconds but then bring it down for 90 seconds and continue alternating between high and low throughout the session.

However, for my patients initially presenting with very high levels of cortisol I often recommend yoga (Pilates is great too!) or simply walking around the neighborhood to start as we “rehab” the endocrine system.

The key to remember is that all roads lead to stress and inflammation. If you are constantly trying new types of exercises or yo-yo dieting, try first working with a doctor of functional medicine to take a closer look at what is currently the landscape for your body.

With some advanced testing (much more than your standard CBC and hormone level check), you can uncover your own specific deficiencies, support them accordingly and see changes occur (hello weight-loss!) for the long-term.